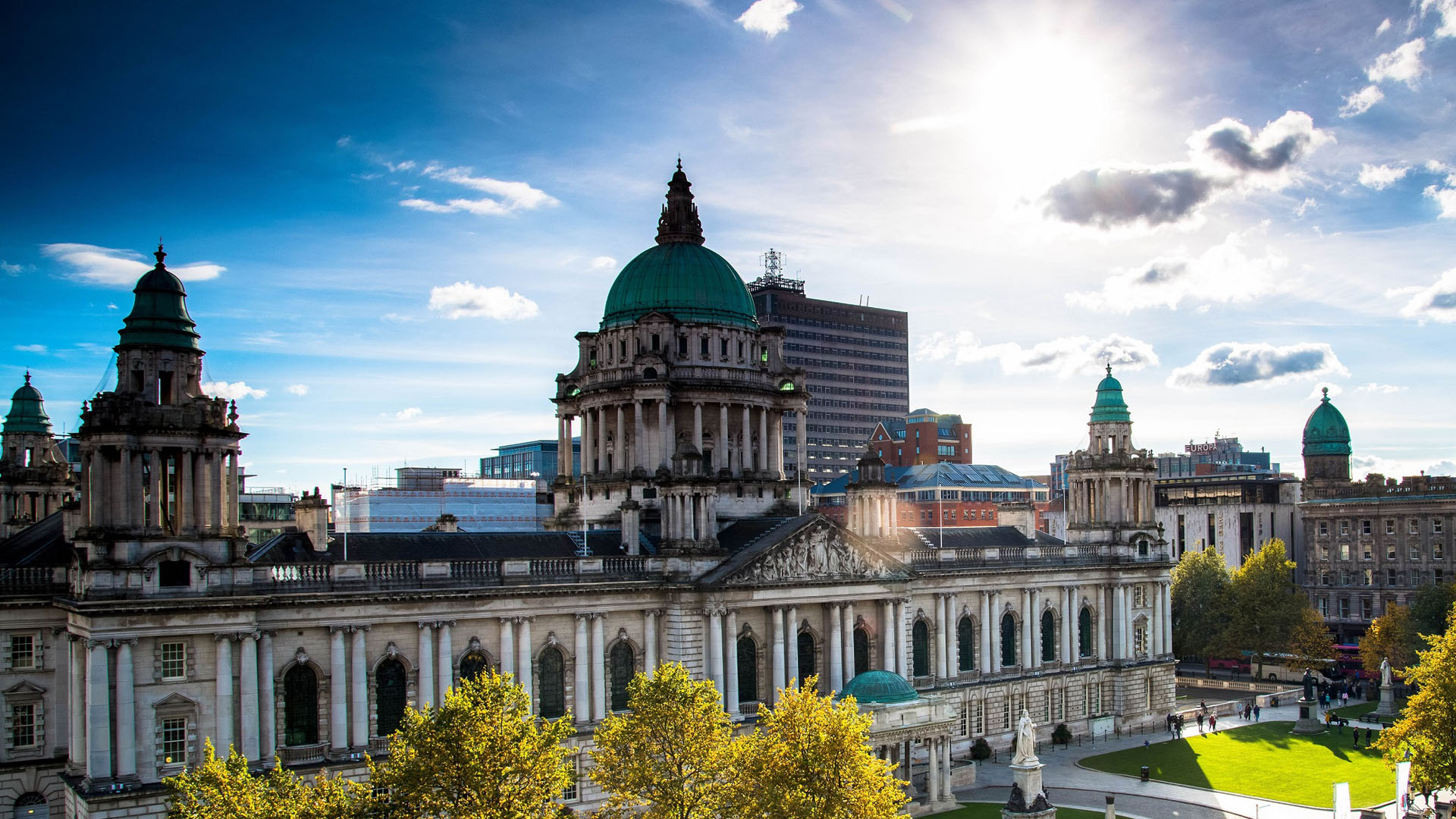 Captivating nature, centuries of enthralling history and an abundance of rural charm – the headlands of Ireland have so much to offer those lucky enough to visit. Join us on this immersive tour and experience local hospitality, intriguing legends and long-standing traditions – from Dublin to the coast and back again.

After meeting the group in Dublin’s fair city, we’ll board the mini-coach and set a course for our very first stop: the grand Hillsborough Castle and Gardens (Her Majesty The Queen’s official Northern Irish residence). We’ll have the chance to wander the estate’s magnificent rooms on a guided tour before we move on to the Hilden Brewery – the oldest independent brewery in Ireland – this afternoon. Here, we’ll receive an insight into how the brewery’s craft beer is made on a guided tour, before having the chance to taste it for ourselves (bottoms up!). Belfast, Northern Ireland’s capital, will be our final stop of the day – and it’s here that we’ll tuck into a welcome dinner together. Accommodation: Ten Square Hotel (or similar). (D).

This morning, we’ll step out onto Belfast’s historic streets on a walking tour with a political twist. Guided by both Republican and Loyalist ex-political prisoners, we’ll hear stories from both sides of the wall – with the opportunity to explore both communities like a local. Then: a traditional Irish bread making demonstration awaits at a thatched barn on the shores of beautiful Strangford Lough – so prepare those knuckles for kneading! Baked souvenirs in tow, we’ll move on to the Echlinville Distillery – where we’ll be lucky enough to follow the production process from ground to glass on a guided tour (with included tasting, of course). We’ll finish our day back at the hotel in Belfast, where we’ll have some free time to relax. Accommodation: Ten Square Hotel (or similar). (B, L)

Today it’s out of the city and onwards to the spectacular North Irish Coast – taking in the verdant Glens of Antrim along the way. Around mid-morning, we’ll arrive at Scullion Hurls – a family business that provides hurls to many top inter-county hurlers. We’ll be invited into the workshop for a craft demonstration before we continue our journey to the small village of Bushmills – stopping off at the famous Dark Hedges avenue of beech trees for a photo opportunity en route. After some free time in the village, we’ll move on to our next captivating stop: the otherworldly Giant’s Causeway, with its intriguing interlocking basalt columns. We’ll have just enough time for an optional photo stop at the medieval Dunluce Castle before we round off the day at our hotel in Derry/Londonderry. Accommodation: The Shipquay Hotel (or similar). (B, D)

Today we’ve a whole day to spend getting to know Derry/Londonderry a little bit better – starting with a morning tour of the 17th-century Derry Walls (and their murals). Did you know that Derry is the only remaining completely walled city in Ireland? After visiting the Museum of Free Derry, the city will be yours to explore as you please. From a variety of fascinating museums to the Dickensian-style Craft Village, you won’t be short of things to do! Accommodation: The Shipquay Hotel (or similar). (B)

First stop: the Newmills Corn and Flax Mills, where we’ll be treated to a guided tour – with the chance to see one of the largest water wheels in Ireland (powered by the River Swilly) in action. Next, we’ll visit the beautiful Fanad Head Lighthouse – delving into its fascinating history and taking in panoramic views of the coast and beyond. This afternoon it’s back on the road, as we set our sights on the breathtaking wilderness of Glenveagh National Park. And this evening? We’ll come together for a delicious meal at our hotel. Accommodation: Gweedore Court Hotel (or similar). (B, D)

Today we’ll continue our journey to John Molloy Woollen Mills (the home of Aran fisherman sweaters and Donegal Tweed) – where a weaving demonstration will give us a unique insight into the processes behind Ireland’s traditional textiles. We’ll then stop off at Assaranca Waterfall before moving on to the folk village of Glencolumbkille – one of Ireland’s best ‘living history’ museums. After that, the afternoon will see us moving on to Donegal Town via the spectacular Slieve League cliffs. Accommodation: The Abbey Hotel (or similar). (B)

We couldn’t leave Donegal behind without visiting its magnificent castle. This morning we’ll learn more about the fortress’ history as we wander its rooms (which reflect the styles of its two previous owners). After a quick stop at Drumcliff Cemetery (the final resting place of W. B. Yeats), we’ll drive on to the quaint village of Rosses Point – where a local guide will show us the sights. After a pub lunch, it’s back on the road. We’ll continue our journey through the captivating Ballycroy National Park before rounding off the day in Westport. Accommodation: The Wyatt Hotel (or similar). (B)

This morning we’ll say goodbye to the mainland and set a course for Achill Island – where we’ll immerse ourselves in history at a local farm, an abandoned village and Kildavnet Castle (the former home of Irish pirate Grace O’Malley). Next, a tour and tasting session is in store for us at the Mescan Brewery – where we’ll learn the fascinating story of how the brewery’s owners left their life as vets behind to focus on making beer. After that, you’ll have some free time to enjoy Westport your way before we come back together for tonight’s farewell dinner. Accommodation: The Wyatt Hotel (or similar). (B, D)

The last day of our tour has arrived – but fear not! There’s still plenty to see. This morning we’ll visit the Museum of Country Life before moving on to Strokestown Park – a historic property that houses the Irish National Famine Museum. Then: we’ll hit the road back to Dublin – taking in sweeping views of the surrounding countryside along the way. (B) 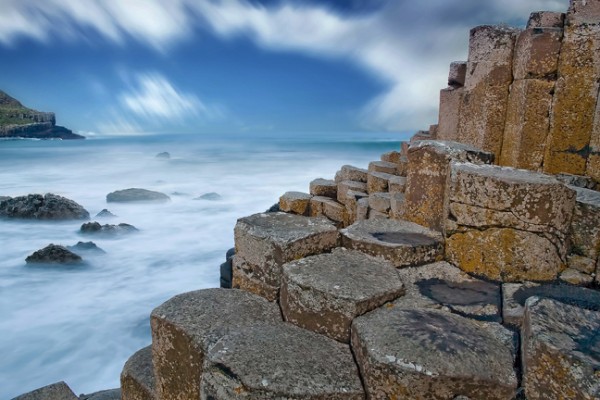 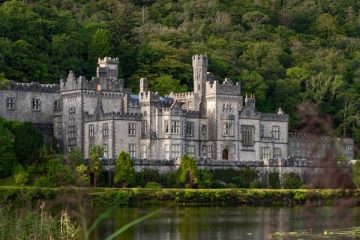 Places you explore... The Burren - This national 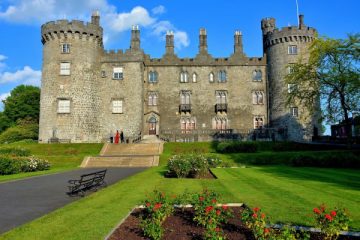 From north to south, this is one 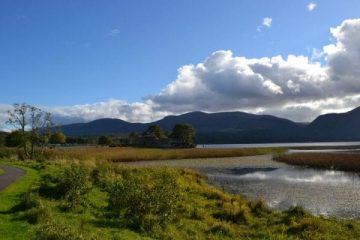 Views of spellbinding scenery. Stories of maritime
From $4,279.00
Price per person